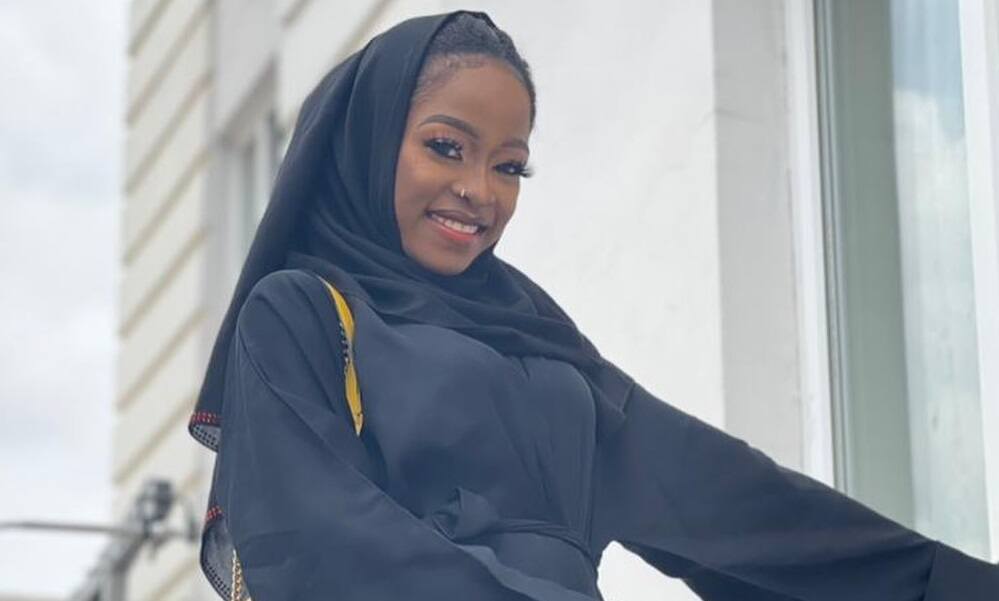 Safara’u kwana casa’in is how she is known. But her real name is Safeeya Yusuf. She became known by Safara’u, now shortened as Safa, because of her role in the hit political thriller Kwana casa’in on Arewa24.

But who is Safara’u kwana casa’in, and why is she making waves? Let’s find out!

. She started acting at 18, with her debut role as Safara’u in Kwana casa’in. Her acting career began as an accident, as she only accompanied her friend to the auditions, and she ended up getting the role while her friend didn’t.

Safara’u was an obedient pious girl focused on her studies and her quest to become a doctor in the hits series. This desire came from the way her mother suffers from excruciating leg pain. On the other hand, her father wants her to get married instead.

All watchers of the series loved the character Safara’u. This all came to an end after she was removed from the series. But what exactly happened?

According to the actress, the real reason why she was removed from Kwana casa’in was that she fell ill.

“I was replaced because I was very ill when they were shooting.

They had started shooting, and I was not on the ground due to the illness, and they had no option but to replace me at that very time.

This angered the actress and revealed it would ‘cost them a lot to call her back, and she probably won’t even then. The actress was apparently angered; the studio quickly replaced her without waiting for her.

That was the actual reason she said. “This was the real reason why I was removed, not the fake news people are sharing.” She added.

The fake news she was referring to was the fact that she was removed because of an obscene video that appeared to have shown her face. This allegation remains unproven, and the studio has so far not commented on the reason for the removal.

But any chance that the departure of the actress from the series was amicable was shattered when she released her hit song, Kwalele with Mr442. In the song, the actress can be heard singing ‘I left the industry to the good for nothing,’ referring to the Kannywood industry.

This naturally enraged the actors in the Kannywood industry, including Umma Shehu, who came out to criticize the actress and also repeated the line that she was removed because of obscenity.

While this might or not be true, the actress has bigger plans, and she knows how to achieve them. TikTok.

From the sweet innocent actress interacting with her fans, she started in 2020, the actress has since grown to almost 200k followers on the platform. The videos she shares are mostly Tiktoks and miming songs. This was until she met Mr442 and Maddox in April 2022.

Hence began the journey of Safara’u, the musician.

It all started when a video of the actress was shared on the viral platform, supposedly singing freestyle to the beat. The song, with the catchphrase Safara’u, ultimately became the now hit song Kwalelenka, featuring 442 and Maddox.

The song was released in the same April.

And from then, there was no slowing down for the musician. From performing in Sallah events to numerous videos grooving to the song, the actress did it all.

From there, they hatched her new song, Inda Ass which has since been released.

The lyrics to Sfarau Kwana casa’in songs seem to have one thing in common; vulgarity.

From the title of the song, ‘inda ass,’ which is a hidden meaning of ‘Ina da ass, ba ciko bane, Allah ne ya bamu’ meaning, ‘I have an ass,’ to other explicit referrals to sex and pregnancy, the song has since had a cult following on Tiktok, where it has over 2000 videos and counting.

The featured appearances of 442, known for his vulgarity, didn’t help matters. The videos for the songs have since been shot.

And the on to the next venture.

As the political season of 2023 draws closer, many politicians have already begun campaigning in earnest. The Gubernatorial aspirant of the APC in Kaduna state is one of those politicians.

He has already secured the services of Safara’u kwana casa’in and her co-conspirators to shoot a music video, which has since been released.

Apart from the allegations that she was removed from Kannywood because of an obscene video, Safara’u kwana casa’in has also been accused of indecency and promoting it.

From vulgar language to indecent dressing and even appearing in a live video with 442 at 2 am in the early morning, many wondered where her parents were.

Contrary to popular beliefs, her mother is still alive, while the status of her father is unknown, but he probably separated from her mother.

This also lends more credence to the rumor that she might be the one in the explicit video after all.

Another allegation leveled against the actress is that she is in a relationship with the rapper 442. Checks have confirmed that not to be true.

The actress is probably in a relationship with Prince_Abdool; a photographer turned member of the Dream Chasers family.

Even though Safara’u kwana casa’in has publicly severed her ties with the industry and had referred to them as ‘jobless,’ the actress has stated her desire to be a producer and director one day. Prior to that, she had already appeared in another series, ‘Kaddarar so.’

“I don’t have much to say in this regard for now. I just know I want to be a film producer and director. I am simply waiting for the right time. Everything comes with time. I love directing, and I am sure when the time comes, it will happen.” The actress declared in an interview with Daily Trust in 2021.

Perhaps we should never say never, as all things are possible. At the moment, however, it seems the actress is enjoying her newfound fame as a musician and entertainer and is making use of it to the best of her abilities.